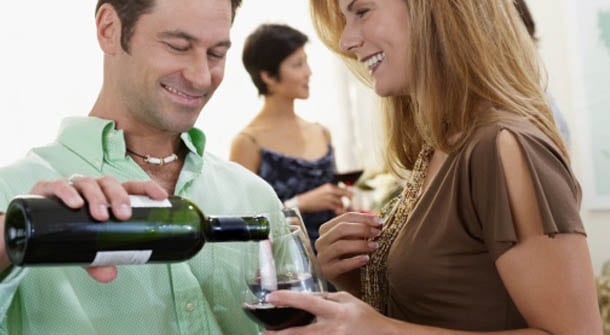 Mistakes some men make when approaching a woman. Why are some men able to approach women with confidence and succeed while others seem to get rejected before they even open their mouths? The men who are rejected often may be committing one of the most common mistakes men make with woman. Review this list of mistakes that lead to rejection to see if you can improve your batting average with the ladies. Some simple changes in a man’s appearance and attitude can lead to more positive reactions from women.

Did you ever worry about something until the problem grows in your mind until some monstrous obstacle? The more we focus on something, the bigger the problem appears to be. For a man who is worried about approaching women, the approach can become overwhelming if he worries about it.

Approaching women works best if the introduction is spontaneous and natural. If a man hesitates, the woman may sense his hesitation or wonder why he delayed talking to her. This can be perceived as weakness, low self-esteem, or a lack of courage. Men are likely to have a more positive response from the woman if they act from self-confidence.

A fear of rejection is one of the most common mistakes men make when approaching a woman. The fear of rejection can be like a self-fulfilling prophecy making rejection more likely. Men can challenge their fear by changing their perception. They can practice viewing an approach like a welcomed challenge or opportunity. Use a trick that some writers use to overcome rejection from publishers. Instead of worrying about a potential rejection, they submit to many different publishers and see how many rejections they can accumulate.

So, instead of focusing on one woman and allowing that fear of rejection to break down your self-confidence, consider it a numbers game. Talk to many women and turn it into a game for yourself to see how many times a woman is not interested. Nothing is lost by a rejection. Instead, a man gains practice with each approach.

Being close to a woman who you are talking to in a noisy public place is natural. However, being too close can come across as creepy. When talking to a woman you’ve just met, consider her personal space and look for cues that she’s uncomfortable.

Talking About Sex During the Initial Approach

If a man approaches a woman and is talking about sex within minutes, the woman is likely to perceive him as only interested in a sexual relationship. A man is much more likely to have a positive outcome if he focuses on her personality and getting to know more about her than letting sex enter the conversation. With practice, men can become more confident and more successful by avoiding the mistakes men make when approaching a woman.