Successful Couples What Is Their Secrets 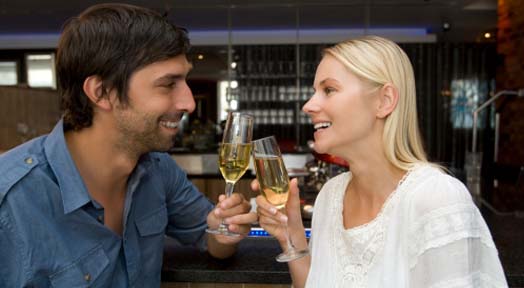 What’s the secrets with successful couples, If you do a quick search on the web on marriages, you will find out that the stats suggest that marriages are like sand castles because they can collapse when wind blows or the tides get high. With these odds however, there are some couples that are regarded as successful because they are able overcome the odds, in fact you would be convinced that they know something that other couples do not know. So what do successful couples know or do differently?

Marriage is a Marathon

One of the secrets of successful couples is that they know marriage is a marathon and not a sprint. Usain Bolt may be the fastest man in the world in the sprints but when it comes to a marathon, it is another ball game entirely. The same holds true for a good marriage, if you want your marriage to last and prosper slow and steady always wins the race. When you took your vows you said for better and for worse so you should be prepared for the hard times and remember endurance is the key to do well in fluctuating seasons.

Be willing to forgive as well as seek forgiveness

As part of realizing the responsibilities of marriage, successful couples are always willing to offer forgiveness. Their will to forgive is not to indulge one another’s weakness, but they realize the healing power of forgiveness and use it even though they are the offended party. When they are the ones who offend the other party they are quick to offer an apology. The truth is that holding on to problems that may arise does not improve on any relationship rather it slows it down and in most cases it can tear it down if one side can’t move forward.

Who says there would not be any fighting? You had better expect to have moments where you would disagree and have tempers flying. But successful couples are able to manage these moments well because they know when to bring things up and when to keep quiet and not make a big deal out of it.

Just like the forgiveness tactics, choosing your battles can involve going straight to the point or even admitting your own wrong doings before highlighting the wrongs of the other party. It’s also important that you don’t always have to win or be right.

Often times the situation you may be arguing over is not the real problem. The conflict may arise from you leaving your dirty shoes on the carpet but the real issue could be that she feels you don’t listen to her and don’t have consideration for her time since she will need to clean up after you. If you just roll your eyes and ignore her nagging the situation can escalate and before you know it both of you are exchanging hurtful words that you can’t take back.

Follow these simple secrets of successful couples to help strengthen the foundation of your relationship and make both of your lives more harmonious.