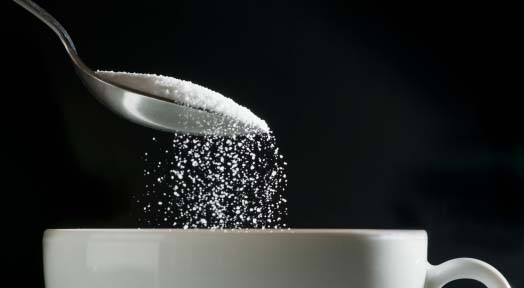 When it comes to our overall health and fitness levels, many people seem to be under the false assumption that artificial sweeteners can be considered a healthy ingredient, often used as a substitute for sugar, which as you probably know, has been linked to a whole host of health related issues when consumed in high quantity.

What effect artificial sweeteners have on your health

Because of clever marketers and advertisers they have succeeded in reeling a host of people in, convincing them that their artificial sweeteners are actually a great deal healthier than sugar. Take beverages for example, by removing the sugar and replacing it with various artificial sweeteners, these advertisers actually have the gall and audacity, to claim that their products are ‘healthy’ and ‘diet’ friendly.

The truth is that the only thing that makes them even remotely diet friendly, is the fact that they contain no sugar. What they do contain however, is artificial ingredients which have been proven to be carcinogenic, which basically means that they can cause the cells inside our bodies to mutate, turning them cancerous, which then leads to cancer. Studies have also now found that artificial sweeteners actually affect our metabolisms and insulin levels too, which is not good news in the slightest.

Why are these sweeteners so harmful, and how do they affect our metabolisms and insulin levels?

Common artificial sweeteners include aspartame and Sucralose. These two sweeteners are the two most common forms found in various food sources all over the world. Now, we’ll start with aspartame. Aspartame has been found to be carcinogenic like we mentioned previously, as well as possessing a whole host of other negative health related side effects too.

Aspartame was actually developed by the same company that was responsible for developing the chemical warfare weapon commonly known as Agent Orange! Surely the fact that a company responsible for engineering chemical weapons, suddenly decided to engineer a sweetener, should give some indication that it perhaps isn’t going to be quite as healthy as they may have claimed. Never the less, the companies didn’t care, and aspartame is still found in a number of products to this very day.

Recently, studies have found that this sweetener has been responsible for actually increasing blood sugar levels, as well as lowering insulin sensitivity, meaning that it perhaps isn’t quite as healthy, especially for diabetics who shouldn’t consume sugar, as once thought. As well as this, studies have also concluded that due to the fact that these sweeteners actually affect our insulin and blood sugar levels, our metabolisms may also suffer, causing us to become more prone to weight gain as a result.

These studies found that people who consumed sucralose sweetened beverages, actually experienced blood sugar levels peaking almost 18% higher than when they consumed regular water. Their insulin secretion actually increased by an astonishing 20%, and perhaps most worrying of all, was the fact that insulin sensitivity decreased by almost 24%. The makers and manufacturers of these artificial sweeteners have a lot to answer to, as these results are extremely worrying indeed.