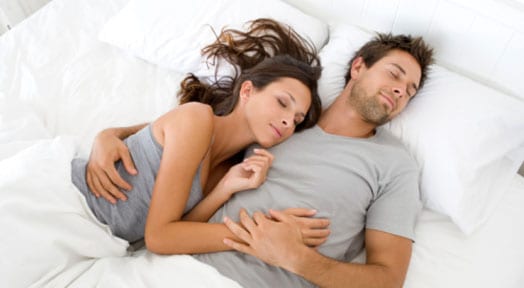 Men and women often have a difference of opinion when it comes to cuddling. Women tend to love it, while men just want to be left alone. But there is science behind why women want to cuddle and its reason enough to make you want to do the same.

After sex, women have Oxytocin running through their veins. This hormone makes women want to cuddle and be intimate because they feel love throughout their bodies. They want to bond with the man they just made love to and feel close to him. Men on the other hand want to go straight to sleep. But despite the science behind it, cuddling is one of the best ways to make a woman stick around.

If you are a player then you probably don’t have any desire to cuddle. You may think it to be too risky and perhaps you will start to develop a bond with a woman which is the opposite of what you want. But avoiding cuddling is a risky thing in itself. You have to either go right to sleep, or apologize in advance for not being cuddly after you were intimate.

Meet in the middle

There are also men out there who simply aren’t touchy feely. They love women but they never have a desire to cuddle with them if it doesn’t mean sex. This isn’t necessarily a bad thing, but it can make the woman you are with feel less than desirable. Women enjoy the feeling of love and want it to last a little longer after you take a romp in the sheets. She probably would like it if you put your arm around her neck while you watch TV together or maybe cuddle before you leave bed in the morning.

Give in to the cuddle

The issue of whether or not to cuddle really comes down to this: if you love a woman or have a strong emotional connection with her you should work hard to accommodate her needs. If she wants to cuddle and you don’t, forget about you and put her first. She will reward you for your intimacy in the long run. Of course, if you really don’t care about a girl then don’t cuddle with her. If you expect a one night stand out of the relationship you just formed with her for a brief moment in time then don’t need to concern yourself with her feelings. It is really just that simple, do what makes you happy. In the end if you care for her the happier she is the happier you will be.