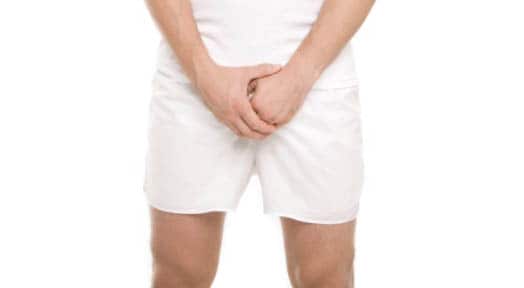 It is the age old question men have asked themselves since the invention of language, what’s my penis size am I smaller than average? The fact is, women love large penises. Of course, whether a man penis size is large or small can sometimes be a matter of perspective.

What determines a man’s penis size?

Men that are smaller and stockier have to have larger penises to compensate where tall men can have the same size penis and not look as small. But there is apparently science behind the size of a man’s member, so much science that a group of scientists did a study to find out precisely how large the average American male’s penis is.

According to the Journal of Sex Medicine, the average American male’s penis is 5.6 inches long. The average was taken from a sample group of 1,661 men. The results were consistent with previous studies in the same category that showed an average of around 5-6 inches.

However, there have been studies back in the 1960s where men were simply asked to divulge the size of their penis without backing it up with evidence. The average penis size then was said to be around 6 inches. Of course, the results were inconsistent and now that someone else is doing the measuring we can get a more accurate picture. According to their results, the average American male’s penis size is 5.6 inches long.

Can the mode of arousal determine penis size?

So how did men come up with the measurement they submitted in this study? It seems as though men who achieved an erection that was stronger and larger did it through oral stimulation. Other men who stimulated themselves simply through fantasizing reported a smaller length and girth to scientists. If you find yourself measuring larger and smaller at different times don’t stress, according to this study it is completely normal.

Another myth the study clashed through is the race factor. It is commonly accepted that African American men have larger penises than their white counterparts, but this study sampled men of all different sizes and came up with an average that made sense to both races. Don’t feel intimated if your girl has dated a man of a different race, because chances are his penis looks almost the same as yours.

So how do you measure up?

If you are wondering what is acceptable for a small penis this study answers that question as well. According to their reports, the smallest penis was around 1.6 inches in length. That is a little longer than a thimble, in case you were wondering. The other end of the spectrum revealed the largest penis to be 10.2 inches in length. So the next time you think you are on the small size consider the average for this study and the smallest measurement as well. Chances are you are more towards the average size and have nothing to worry about.

While the study did reveal the averages for both large and small men, it didn’t look at factors on the female side such as their perception and what is considered acceptable for them. Most women would agree, however, that a man’s size doesn’t matter as much as how he uses it. So before you go and purchase penis enlarging pumps try and re-think the way you use the one you have now.